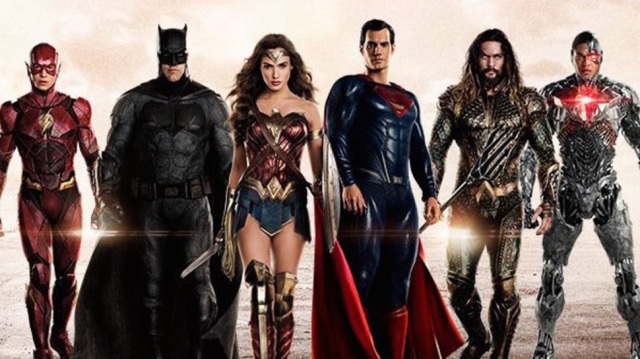 The Bridge is broadcast as a one-hour radio show Monday through Friday on Sports Radio America  at 8 p.m. A brand new show airs Wednesdays, then is released as a podcast on iTunes and The Bridge Sports Show website immediately following the episode. You can listen to the show live Wednesday night on Sports Radio America here or through the TuneIn app. Additional bonus content, including a weekly gambling segment, can be found exclusively on this podcast.

It’s January, and that’s where Hollywood dumps the films they have the least confidence in so what better time to talk about my Top 10 worst films of 2017?

10. Beauty and the Beast

I actually thought this movie was pretty good. So it’s kind of weird I started here, but let me explain. On Christmas Eve, the original Beauty and the Beast, God that feels weird to say. Just a clear sign I’m getting old. But anyway, the original, 1991 version was on ABC and I watched the whole thing with my family. It had been years since I had seen it. I once again got lost in how amazing it still is. The animation, the music, the voices. It’s just better than the live-action version in every way. So what is the point of this movie? Oh, I know. $1.2 billion.

This is another movie that I enjoyed, but that doesn’t mean it was good. I like most of the team and I like the actors in those roles. Justice League has some memorable moments, but the biggest problem was that it was a middling movie that will ultimately be forgotten. It was just an average movie in a franchise that is below average. Maybe it’s time to finally explore these characters with solo movies or go in a new direction.

The reason this is higher on my list than Justice League is its predecessor was a great and surprising film behind the vision of the great Matthew Vaughn. With Vaughn returning to direct, this movie should have at least been very entertaining. Instead, it failed to capture the fun of the first film and ultimately sunk itself with poor plot decisions. Such a letdown.

This was an intriguing idea with the screenplay by James Gunn. This had potential, but it failed to find the proper tone and ended up being pretty dumb. And it leaves you with one of those cliffhanger endings for the sake of having a cliffhanger, and that’s just lazy. I don’t know if the screenplay was mishandled or just wasn’t very good, but I was surprised to see this didn’t work in any way.

6. Ghost in the Shell

I was pretty excited for this movie. It looked really good. Visually stunning. But it was just boring and went nowhere. I’m confident the anime movie is better, but this didn’t work. It introduced interesting plot points that were never explored. It was beautiful visually, but there are better movies this year that have better visual effects. See Blade Runner 2049. It’s the best Ghost in the Shell movie that came out this year.

Nostalgia brought me back to the franchise, which returned to the big screen after seven years for the eighth installment. Problem is, it had nothing new to offer and failed to return to the roots that made the original so great, instead sticking to the quality of the later films that killed the franchise.

4. Pirates of the Caribbean: Dead Men Tell No Tales

This fifth installment was better than the previous film. It had some fun elements, but why is this franchise still happening? Though it dipped at the box office, the franchise is still making money. But we are getting tired. Time to move on. It’s just not interesting anymore, and I’m one of the few who thinks the third installment At World’s End is a good movie. Fourteen years is just too long for a franchise that is based on a Disney ride.

You’ve got to be a fan of the franchise if you’re still watching these, right? I enjoy the Underworld movies, but it’s not because they’re good. They’re just enjoyable. This one is harmless, but I’m not sure the creators really care about this franchise anymore. The movie is like an hour and 20 minutes and again it’s not like Blood Wars is trying to be better than any of the other ones. It’s just trying to collect another paycheck.

It’s such a bad movie that wasn’t made with any sort of competence. Scenes are missing because there was no time to shoot them. The biggest disappointment of 2017, especially for fans of the genre like myself.

Not a great year for fifth installments, Transformers: The Last Knight claimed to be better than and different from the other films in the franchise with its series of trailers, which were based on a young girl’s character who wasn’t afraid to fight. She ended up being in it for about 20 minutes, while this super sexy woman replaced her and we dipped right back into the same stuff that makes the other movies so terrible. I’ll admit these are a guilty pleasure of mine, but The Last Knight offended me. It tried to act as if it was better and it was actually worse. It gave us a movie we didn’t want and weren’t sold. Optimus Prime was also sold as a big part of this movie. He’s in it for about 10 minutes. It’s so disappointing because this franchise is beneath so many actors, yet Mark Wahlberg and Anthony Hopkins are in it.

And let me just talk about Stanley Tucci real quick. First of all, he’s a great character actor, but in this movie, he plays a different character than he played in Age of Extinction. And that is never addressed. This movie is a joke and easily the worst of 2017.

Samuel L. Jackson
View all posts by dukemich →
This entry was posted in Five Minutes in the Film Room, movie reviews, top 10 and tagged beauty and the beast, Five Minutes in the Film Room, jigsaw, justice league, kingsman the golden circle, movie reviews, pirates of the caribbean dead men tell no tales, top 10, transformers the last knight, worst movies of 2017. Bookmark the permalink.