A Message to Warner Bros. 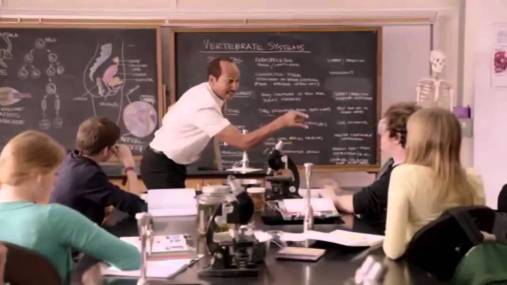 You done messed up, Warner Bros.!!!

Let’s face it, Warner Bros. You didn’t have a good year. While I’m sure this is troubling for you as a studio, it’s especially troubling for us. I love DC, I love the Harry Potter universe and I love Ben Affleck. But your studio is doing its best to make them irrelevant with their lack of quality. Batman v. Superman: Dawn of Justice was one of the most anticipated movies of all-time and it fell flat for most, with the exception of a few hardcore DC fans. Suicide Squad was supposed to save the DC Extended universe, but only managed to make it worse. Ben Affleck was in both of those films, starred in The Accountant and wrote and directed Live By Night. None were met with critical acclaim. So, Warner Bros., you need to fix this.

The Good News: Your bad movies have one problem. That’s it.
The Bad News: It’s a pretty big problem, it leads to other issues and it has a presence in all of your blockbusters.

Want to know what it is?

YOUR MOVIES HAVE NO FOCUS

Your movies had WAY too many subplots, which led to jumbled messes, underdeveloped disappointments and emphasis on quantity instead of quality.

Let’s start with the title. All this movie needed to have was Batman v. Superman. Actually Batman vs. Superman, because this isn’t a legal dispute. After 2 hours and 30 minutes, the movie logged about an 8-minute fight, which happened because Lex Luthor kidnapped Superman’s mom and ends because Batman and Superman’s mothers have the same first name. Yeah…

But hey, at least Loot Crate sent me this really cool wallet… 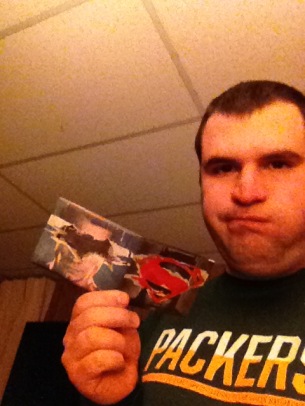 Luckily, the second season of Daredevil came out the following month and we got to see the Batman vs. Superman movie we always wanted. 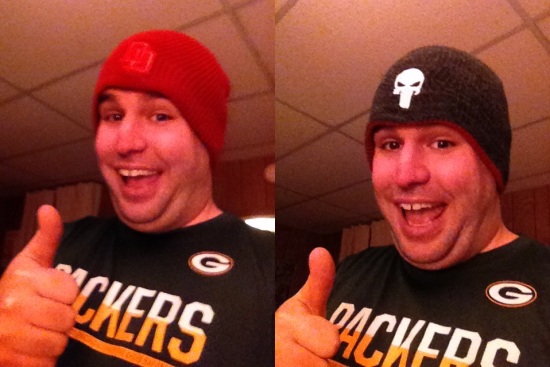 As you can tell I prefer this product. Marvel, you’re doing it right.

Anyway, let me list the things Batman v. Superman: Dawn of Justice (ugh, that title is becoming exhausting to continue to type) tried to cram into 2 hours and 30 minutes.

This lack of focus leads to a need for four hours worth of story. Well…you only have 2 hours and 30 minutes. All that’s left to do is hack. So we have our next problem that arises from our main issue…

The worst of the worst: Suicide Squad

Suicide Squad was worse than Batman v. Superman: Dawn of Justice. It suffers from the same problems, but it has some of the worst editing I’ve ever seen in a movie, which caused huge tonal issues. This movie was the king of introducing interesting stories and themes, then immediately cutting away from them. Where was this movie going? What was the focus? Let me list the good movies that could have come out of this one film.

— A Harley Quinn & Joker movie
— A Deadshot movie
— An Enchantress movie (With a change in the direction of the character because yikes!)
— An Amanda Waller movie
— And eventually, after we’ve established the characters, a Suicide Squad movie

Instead, we cram hours of story into 2 hours and 30 minutes by cutting, and cutting, and cutting until your movie no longer makes sense. As a studio, do you not talk to your filmmakers and discuss with them what length the movie should be? Your movies lead me to believe you don’t talk to them at all until after the movie is completed. Which leads to extended editions. Let’s talk about those…

Oh, DC, I appear to be picking on you, but you deserve it. This may be your biggest insult to your loyal fans. Let’s release a theatrical version and have moviegoers pay for that. THEN, when that’s not good enough, we’ll release an extended edition, which will be better but still not so great. Make a great theatrical version, not two subpar films. That’s just lazy. Nice try, but you didn’t pull a fast one on me. Speaking of pulling a fast one…

The biggest offender: The Accountant

I was so excited for The Accountant. It had a solid cast with Ben Affleck, Anna Kendrick, J.K. Simmons and Jon Bernthal. But all its twists and turns had me rolling my eyes by the end. Warner Bros. wasted so many possibly interesting movies to throw into poor films as subplots, simply for an AH-HA moment. Please don’t mistake cleverness for cheap tricks. Meanwhile, Batman v. Superman: Dawn of Justice and Fantastic Beasts and Where to Find Them are not getting out of this unscathed.

Warning: Spoilers ahead (seriously this time)

The Accountant: It is revealed that the protagonist and antagonist are brothers before the end of the movie. ALSO (Yes, this movie has two), J.K. Simmons’ character had an encounter with Ben Affleck (the accountant) earlier in life. Affleck let him live. Now, Simmons “answers a phone” when a woman calls. And Simmons has apparently been trying to find someone to “answer a phone” to take his place when he retires.

But in the end: There’s no payoff because it’s impossible to get behind multiple plot twists when you don’t have the time to get invested in either of them. These cheap thrills instead turn into the only things I remember about the movie and the reasons I didn’t like it.

But in the end: Superman tells Batman to “Save Martha” when it would have made more logical sense for Superman to say “Save my mom.” It would have given the scene more emotional weight and allowed Batman to realize how human Superman really is.

Fantastic Beasts and Where to Find Them: Let’s make Grindelwald (Johnny Depp) steal the identity of another character throughout the film and suddenly reveal it at the end.

But in the end: This isn’t anything new for the Harry Potter universe. That was the plot of Harry Potter and the Goblet of Fire. Also, Colin Farrell is a good actor. Why not keep him? That’s a waste of an actor in exchange for a boring plot twist that you could probably buy at Payless.

Onto some quick takes…

Fantastic Beasts and Where to Find Them failed to live up to its title. The movie could have ignored the fantastic beasts and nothing would have changed, yet the film spends time with them. I’m sure you can blame the source material, but I just don’t understand this film’s purpose (Aside from bringing in loads of cash). It went nowhere. Don’t make me say it…it had no focus.

Please stop making such amazing trailers for such mediocre movies. I keep telling my friend, Lauren, to see your movies based on your trailers, because I’m desperately trying to get her to like DC. After seeing the movie I immediately have to tell her to abort. The hype never comes close to the finished product. It’s so frustrating. I do think the people behind your trailers deserve an Oscar though. I’m not kidding. Let’s make it an Academy Award.

I thoroughly enjoyed Sully. I thought it was a well-acted and well-directed film that surprised me in how much I liked it. The material was handled correctly and with care, which is important especially when dealing with a recent event in history. Bravo. I suppose even a blind squirrel finds an acorn every now and then.

The Nice Guys had me cracking up with its witty humor, but I mostly enjoyed its originality. It took a chance and succeeded in quality. It’s what we as an audience want out of movies today, except moviegoers don’t always support them. Unfortunately, this was one of those movies that was really solid, but nobody went to see it. Next time, Warner Bros., don’t release a movie like this in the thick of the summer movie season when people are craving blockbusters. Now that I’ve sort of complimented you, let’s solve your problems.

Take your time, focus on characters and nail down a strong base story. Don’t throw as many things as you can at a wall and hope something sticks. As a Marvel fan, I enjoy contained stories and so do audiences. Take a look at what the MCU’s latest movie, Doctor Strange, accomplished as a quality film and at the box office. Don’t rush your DCEU. It won’t end well.

What’s so frustrating, Warner Bros., is that you have accomplished this in the Dark Knight trilogy, the Harry Potter franchise, V for Vendetta and Watchmen. You’ve brought heroes and villains off the page and onto the big screen with ease. Heath Ledger won an Oscar for his performance in a comic book movie. That doesn’t happen, but your studio made the impossible a reality.

What happened, WB? Please go back to creating some of my favorite films of all-time. Please give me a chance to tell Lauren that she should go see a DC movie. And please respect your audience or your studio will be a disappointment for years to come.

I know I focused on blockbusters here, but your problems clearly spread to your other films. Want proof? How in the world, with one of the greatest casts ever assembled, did you mess up Collateral Beauty?