Weekend Wrap Up: “The Lego Movie” Builds Even Higher

Posted on February 16, 2014 by TheLegendOfRemy

It was a very crowded weekend at the box office, as the combination of Valentine’s Day and the long President’s Day weekend resulted in studios opening four (three of which were romantic dramas or comedies) new movies. In the end, though, none of those debuts could even come close to dethroning The Lego Movie, which has now proven it’s going to be much more than a one-weekend wonder. 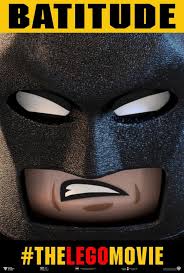 Showing stellar sophomore stamina, The Lego Movie dropped 29% to $48.8 million. Scheduling this flick the weekend before President’s Day was a very smart move by Warner Bros. That second weekend is actually significantly better than that of Frozen, and the two films have very similar grosses after two weekends of wide release; Frozen was at $134.3 million while The Lego Movie is now at $129.1 million. Does this mean I think Emmett and company will outdo Elsa and Anna? In a word: no. But while TLM will likely fall short of the heights of Frozen, it’s primed for a fantastic gross all its own, one which should be right around $275-300 million.

Kevin Hart can do absolutely no wrong. As you’ll see later, Ride Along had a good hold, About Last Night opened strong and he was voted MVP of the NBA All-Star Celebrity game (which he graciously gave to Arne Duncan, who truly deserved it). Anyways, ALN opened to a solid $27 million. It’s no Ride Along but that’s still a good opening. $100 million isn’t likely, but a final total around $80 or so million would be very impressive, especially against its meager budget of $12.5 million.

Rebounding a bit from its weak opening on Wednesday, RoboCop ended up a decent $21.5 million. That’s not exactly a disaster, but it means it won’t come close to recouping its budget stateside. It has $26.4 million since its Wednesday debut and I see this ending up around $65-70 million. The general consensus online seems to be “well, it’s not as awful as it could’ve been. But it’s still not quite ‘good.'” I’m still intrigued; maybe I’ll check it out.

The Monuments Men posted a good hold, slipping just 32% to $15 million. I would say that’s good news for my fantasy box office team at BoxOfficeChamps.com (seriously, play this. It’s quite fun, and movies can’t get injured like in all my NBA and NFL fantasy leagues), but I’ve made some bad picks (I, Frankenstein killed me) and I’m pretty much already out of the running. That tangent aside, TMM will probably end up around $75 million.

Opening down in fifth, Endless Love grossed $13.4 million. It was unsurprisingly front-loaded, as Valentine’s Day comprised a huge proportion of its overall weekend. It’ll probably fall off a cliff after this weekend and will probably end up with only about $35 million. Displaying fantastic legs, Ride Along dropped just 9% to $8.8 million. Like I said, Kevin Hart is pretty much as hot as you can get right now. RA has amassed $116.1 million to date.

The critically reviled Winter’s Tale managed just $7.8 million, as not even Valentine’s Day could save this one. Getting pushed from fourth to eighth, Frozen dipped 15% and grossed $5.9 million. With $376 million in total, I don’t think Frozen will quite hit the $400 million milestone and will probably end up around $390 million. Down 27%, Lone Survivor grossed $4.1 million, bringing its grand total to $118.4 million.

That Awkward Moment when the final movie in the top ten is called That Awkward Moment. Was that an awful joke? Sorry, I just wanted to feel hip and in touch with today’s youth for a second. Anyways, TAM dropped 36%, pulled in $3.3 million and raised its sum to $21.4 million. Next weekend, things will slow down a little and The Lego Movie should easily hold on to the top spot against the competition of 3 Days to Kill and Pompeii. Until we meet again.