Weekend Wrap Up: “Ride Along” Stays in the Driver’s Seat

Posted on January 26, 2014 by TheLegendOfRemy

After a crowded weekend last week, in which we saw several openers as well as a few expansions of Oscar hopefuls, things slowed down this weekend with only one debuting film, I, Frankenstein. It looked like Kevin Hart was primed for a second weekend atop the charts after the scintillating debut of Ride Along. In the end, things went pretty much exactly as expected, which was almost a little odd since this year has already had a few surprising breakout hits. 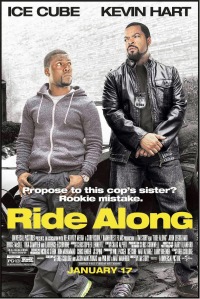 Dropping 49%, Ride Along pulled in $21.2 million this weekend. For how huge its debut was, and also the fact that it was inflated a bit by a holiday, that’s really not a bad hold. This weekend’s gross lifted the total to $75.4 million and $100 million is officially a foregone conclusion. The awful reviews have not hurt Ride Along at all as this will become the first film of 2014 to break $100 million (Lone Survivor was technically released in 2013).

Speaking of Lone Survivor, the Mark Wahlberg picture dropped 43% to $12.6 million. Since its potent debut, the legs haven’t been great but they haven’t really needed to be, as the film is already closing in on $100 million with a $93.6 million total. Posting a decent hold, The Nut Job slipped 37% to $12.3 million. With a $40.3 million total so far, it shouldn’t have too much trouble outgrossing the $55 million total of Free Birds.

Rising from fifth place up to fourth, Frozen dropped just 23% and pulled in another $9 million. That brings the stunning total up to $347.8 million. Next weekend, Disney is putting out a sing-along version of the film and so Frozen should post an even better hold than usual. Maybe it’ll even increase a little. However, the weekend after that, The Lego Movie hits and will take a huge amount of the audience for Frozen away. Nonetheless, I’m thinking Frozen can end up surpassing Despicable Me 2 with a total of around $375 million.

Jack Ryan fell a decent 43% after its underwhelming debut. $8.8 million this weekend lifts it sum to $30.2 million. I, Frankenstein bombed, even in the face of low expectations, with a weak $8.3 million debut. There’s really not much to say. It looked ridiculously terrible, and it had a fittingly bad box office performance. Down in seventh, American Hustle fell 28% to $7.1 million. At $127 million after this weekend, we’re looking at a total around $145 million.

August: Osage County stayed steady in eight place, dropping 32%. The film’s total stands at $26.6 million after a $5 million weekend. Also grossing $5 million, The Wolf of Wall Street was off 29%. Its total is now up to $98 million. Soon to be completely forgotten, Devil’s Due crashed 67% to $2.8 million. Just a weak $12.9 million for this horror flick. After a somewhat slow weekend, things don’t really pick up much next weekend, with the debuts of Labor Day and That Awkward Moment, as I can easily imagine both of those films failing to surpass $15 million. But that wraps things up, so I’ll be back next weekend. Until we meet again.