Posted on August 1, 2013 by TheLegendOfRemy

In a lot of ways, July is the end of the summer movie season. Sure, August can have a decently sized hit now and then, but it’s quite rare for a film released in August to surpass $200 million. July is the last month for true summer blockbusters. That said, August can still have its hits and a few films this month might have breakout potential. And, as always, last month reminded us that sleeper hits (like The Conjuring) can come out of nowhere. Let’s take a look at what August brings to the table.

My Thoughts: This is one of the movies to which the only logical response is simply “why?” Well, in short, the answer to that is money. It’s easy for a studio to put together a dumb movie like this just to appeal to kids and make some money on the poor parents who get dragged along. At least many Disney and Pixar films are legitimately good movies which parents and people other than children can enjoy. Not so much with garbage like The Smurfs 2. Technically, this is a July movie as it opened on Wednesday, July 31, but whatever. To my chagrin, this should make decent money.

My Thoughts: This movie is pretty much exactly what you want to see Denzel Washington and Mark Wahlberg doing. Though, I wonder how long Denzel can keep doing action films; he doesn’t look it, but he’s 58 years old. That said, he looks right at home here, as does Wahlberg, but nothing about 2 Guns suggests that it’s terribly original or innovative. But Wahlberg had success in August before with The Other Guys, but that was a different film. Where 2 Guns will have some funny parts, it’s definitely not a comedy. It has to compete against the second weekend of The Wolverine, but should manage a solid gross.

My Thoughts: Interestingly enough, this is actually not a Pixar movie, but the advertising has clearly gotten around avoiding that by saying things like this film comes “from above the world of Cars.” What’s strange is that both Cars movies are almost unanimously the weakest Pixar films, and yet now there are basically three of them. Everything about Planes seems to suggest it should’ve been straight to DVD, but as a Disney release and a spin off of a popular franchise, it should do decent numbers anyway.

My Thoughts: How is that Jennifer Aniston has seriously gotten even hotter over the past ten years? She’s 44 years old and yet, she’s never looked better. It’s no surprise her stripping scene in this film has been a major component of the advertising. Outside of Aniston’s sex appeal, Jason Sudeikis is a pretty funny guy, but he’s not really a draw, nor is Emma Roberts….and I have no idea who that guy is playing the son. I didn’t find the trailers too funny and the concept here isn’t as intriguing as Horrible Bosses, with which Sudeikis and Aniston found success. But in an August devoid of adult comedies, this one fits the bill. 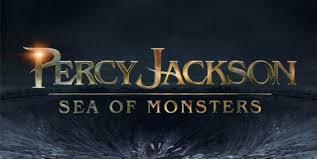 My Thoughts: I find it a bit odd that Percy Jackson is getting a sequel, considering the first one wasn’t a big success. But, well, here it is. I don’t think the audience for this series will have grown that much, and outside of diehard fans, no one was really clamoring for a sequel. So I expect this to pull in less money than the first domestically, but it could easily make more overseas and shouldn’t have much trouble turning a profit.

My Thoughts: I think it’s fair to say that Elysium is by far the most anticipated movie in August. And there’s a lot going for it. Director Neill Blomkamp found success with four years ago with District 9. There are a lot of similarities to D9 here, with the science fiction setting and political commentaries. But Elysium has a few big things going for it. For one, Blomkamp is now a respected sci-fi director, he’s got a larger budget, and we’ve got a proven leading man in the lead role, whereas D9 was a cast of (at the time) nobodies.

I’m very excited for Elysium and I hope it turns out to be good. Reviews will definitely play a role in getting non-fanboys to turn out. Matt Damon holds the record for biggest debut in August with the $69 million debut of The Bourne Ultimatum, so he can definitely open a movie in this month, though he hasn’t had a big hit in a while. At any rate, I’m hoping Elysium can reaffirm that August has blockbuster potential. D9 opened to $37 million and pulled in $115 million. I think Elysium should easily beat both those figures.

My Predictions: This is the kind of movie that’s either going to be great, uplifting and potentially Oscar-worthy or…..it’ll just be a cliche-ridden snoozefest Oscar wannabe. Given in its release in August, as opposed to the more Oscar friendly months later in the year, I’m inclined to believe the latter. But, Forest Whitaker is a good actor, and there’s a strong cast. And, hey, look at that, Oprah’s in a movie! At any rate, the ultimate success of this film will hinge heavily on word of mouth. So, I really might be way off on this one.

My Prediction: This movie reminds me of Abduction, featuring the already nearly forgotten Taylor Lautner. Remember him? From Twlight? I think he was in Grown Ups 2 as well. Anyway, like Lautner, Liam Hemsworth is trying to strike out on his own and maybe distance himself from a huge franchise. That said, Paranoia looks pretty generic, but it’s actually got a solid cast. And Hemsworth is much prettier than Lautner, even if he isn’t quite as ripped. Wait….did I actually just type that sentence? Um, yeah, so about those predictions.

My Prediction: That picture pretty much sums up my thoughts about Apple. I have an iPhone 4S and I’m not fond of it. I do think that Apple makes mostly inferior products designed to appeal to technology deficient people who just like things shiny. The very day that I’m due for my next phone upgrade, I’m getting an Android and chucking my iPhone in the garbage, where it belongs. Or maybe burn it. Hmmm, decisions, decisions.

Anyway, yeah, about Jobs. It’s got Ashton Kutcher in the lead role, which is an interesting decision, but at least it gives the movie a recognizable face. But, honestly, did anyone really want a movie about Steve Jobs? Jobs is obviously trying to be a spiritual successor to The Social Network, though there’s no way it’s even close to as good as that film. I just can’t see this film making much money.

My Prediction: I’m amazed that Kick-Ass is getting a sequel, but I’m thrilled. I loved the first film, finding it clever, funny, original and with just enough over the top action. I worry that sequel escalation will just make Kick-Ass 2 too ridiculous, but hey, maybe it won’t be so bad. The entire cast, sans Nicholas Cage, is back, including the breakout star, Hit Girl. Honestly, it wouldn’t have surprised me if they had just given her her own movie instead of making this sequel.

Anyway, I’ve really enjoyed the trailers so far, as they seem to keep that same, almost absurdist dark humor from the first film. Speaking of which, Kick-Ass opened to $19 million and made $48 million. And….that’s not really that good. Not a huge opening, and it didn’t have good legs either. So I’m still baffled as to why they’re going forward with a sequel, but whatever. My Thoughts: Well, there have been a couple horror movies this year (The Purge, The Conjuring) that I thought would do standard horror movie numbers that just crushed my expectations. But this movie, now we should finally get some standard horror numbers. It seems pretty generic, has no stars and lacks an interesting concept. My Thoughts: I actually haven’t seen any Simon Pegg movies, though I would like to check out Shaun of the Dead at some point. That said, none of his movies have found that much success outside of the basic fanbase. The best comparison would probably be his most recent small project, Paul, which opened to $13 million and made $37 million. The World’s End should be pretty similar.

The Mortal Instruments: City of Bones

My Thoughts: This reminds me a lot of Beautiful Creatures, another attempt at finding the next new big franchise based on a young adult novel. There’s nothing about this film that makes it stand out. Although, I must say that Lily Collins is just beautiful. Seriously, she’s stunning. Anyway, I think this might do a little better than Beautiful Creatures, but it still won’t be anything special. My Thoughts: I’m just gonna let the trailer speak for itself on this one. I don’t think it looks too interesting, but, hey, you never know. Not a big Eric Bana film, but he can do well in the right project. My Predictions: At least Ethan Hawke is taking a break from horror movies now. And, wow, look at Selena Gomez, seemingly trying to become an actual actress. Let’s hope she can have more success than so many other young starlets whose careers went down the tubes. Well, actually, why do I care? Gomez can do whatever she wants. But, yeah. This is gonna be a step down from The Purge for Hawke, but it should do all right.

One Direction: This is Us My Thoughts: Fellow blogger Dukemich and I went poster shopping earlier this week, as he just moved and needed some more posters to decorate his room. As we looked through the posters, they were dominated by the members of One Direction, who are apparently absolutely huge. I don’t get it. But then again, I’ve never really gotten the appeal of boybands in the first place. Sure, I might sparingly listen to some Backstreet Boys or ‘N Sync for pure 90s nostalgia, but that also doesn’t change the fact that I do think those older boybands are objectively better than One Direction.

I noticed that I’ve gone on a number of off-topic tangents in this preview. Whoops. All right, as has been established, One Direction is huge, though concert movies are hit and miss. For every Hannah Montana and Justin Beiber, there’s a Katy Perry or Jonas Brothers (hey, you know how the Jonas brothers disappeared? Give it two years; the same thing will probably happen to One Direction). But I do think 1D will be on the higher end of that and stands a chance at becoming the biggest concert movie ever.

There ya go. August has 16 wide-release movies coming out, which is up quite a bit from the 11 in July, which itself was up from the very low 8 movies that came out in June. But the number of films debuting only reaffirms August as a dumping ground for movies that weren’t good enough to get higher profile releases in the bigger months. It wouldn’t surprise me if The Smurfs 2 end up as the highest grossing film of the month, but I’ll be rooting for Elysium all the way through. Until we meet again.