Posted on June 5, 2013 by TheLegendOfRemy

After a relatively weak first four months of the year, May was just the booster shot the box office needed. Led by the massive success of Iron Man 3, as well as other blockbusters like Fast and Furious 6 and Star Trek Into Darkness, and a few surprises (The Great Gatsby, Now You See Me) this month set the bar very high for June. So let’s take a look at what’s coming up this month and see what films here might have true blockbuster potential. 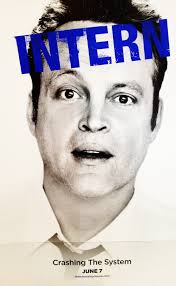 My Thoughts: As anyone who knows me will attest, my friends and I go to the movies far more than the average citizen. With this comes the unfortunate side effect of repeatedly being subjected to certain horrible trailers. There were one or two funny moments the first time I saw The Internship trailer, but after seeing it so many times, even those have fallen flat. This movie just doesn’t look funny and isn’t particularly clever. I can’t see it making much.

Yes, I know, this poster has the wrong release date.

My Thoughts: Fortunately for The Purge, I haven’t seen this trailer nearly as often as The Internship. However, that still doesn’t mean I think this looks any good. It’s interesting that Ethan Hawke has apparently decided to star in nothing but horror flicks anymore (Daybreakers, Sinister, The Purge), but whatever gives him a paycheck, you know? Anyway, this might finish a bit above usual horror-flick numbers, since it’s the first one since Evil Dead almost two months ago.

This is the End 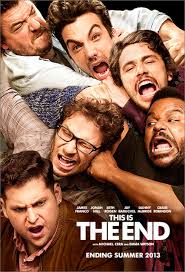 My Predictions: First off, I love the concept of this film. For some reason, there’s just something funny about all these actors playing themselves and being caught in an alien invasion. It seems as though This is the End will have the same sort of self aware, almost absurdist humor of Pineapple Express. And, plus, well, there is a really strong cast in play here. Opening against Man of Steel is a tall order for any film, but I think this film has just enough counter-programming to work.

My Prediction: After an extremely crowded May, we finally got a breather weekend right before Man of Steel lands. It’ll have been a few weeks by this since the last true blockbuster and I think America will be ready. I also think America will be ready for a Superman movie that doesn’t suck. The advertising and marketing campaigns have done nearly everything right, starting from the fantastic teaser trailer (I linked both the Russell Crow and Kevin Costner versions) to the very uplifting second full trailer.

You attach the Nolan name to pretty much anything these days, and it can turn skeptics into believers. Plus, Snyder has his fans as well. Furthermore, there’s a great cast in play, and it looks like Henry Cavill will be able to pull off the Man of Steel. However, there’s still a bit of bad will left over from Superman Returns, but since Man of Steel has very much distanced itself from that project, I don’t think that will be a big factor. One complaint I had was that none of the trailers had really touched on the main villain, General Zod, nor made it clear that archenemy Lex Luthor is not in the film (barring a surprise cameo), but then the latest “Fate of Your Planet” trailer came out established Zod as the villain. The marketing has been done to perfection.

Man of Steel is a difficult film to judge from a box office perspective. I’m tempted to just disregard the numbers of Superman Returns because I simply don’t think they’re relevant. For the record, though, SR debuted to $52 million seven years ago (but it debuted on a Wednesday) . I really do want to believe that this film is going to be good, and that the public will embrace it. So I’m going to predict some optimistic, yet cautious numbers. 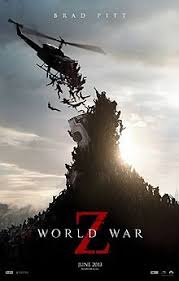 My Thoughts: I love zombies. But, let’s be honest here. This just looks kind of silly. I mean, that part in the trailer when the zombies pile on top of each other to climb a wall is ridiculous, a fact only compounded by the incredibly cheap looking CGI. And then look at the poster! It’s just as, if not more ridiculous. Look, part of the reason that zombies are so scary is because they look human. They might be decaying, they might have ghastly wounds, but for the most part, you can tell they were once human. The zombies in this flick do not evoke that. They just look like terrible, computer generated animals.

When it comes to zombies, I really think old-fashioned make-up is the way to go. But, anyway, it also appears as though World War Z is diverging quite a bit from the book, but I have to ask….why? Sure, the book is mostly the protagonist recounting tales of the zombie apocalypse for which he was not present, but you could easily use that as a framing device and use flashbacks to tell the story. Then again, that would work better as a TV show or miniseries. I’m rambling now, but simply, there’s no denying that Brad Pitt and zombies are popular. Horrible CGI notwithstanding, those two factors alone should propel World War Z to a solid gross, but if Paramount had handled this project better, they could’ve had a huge hit on their hands.

And the proud tradition of using at least one foreign poster per monthly preview continues.

My Thoughts: Monsters Inc. is among the most well-regarded Pixar films, and that’s saying something. However, some of their more recent films haven’t quite lived up to their own lofty standards. Monsters University provides a great opportunity to reverse that trend. However, the thing that worries me, from a story-telling standpoint, is the story takes place before much of the growth and character development of the main characters and when you look at it at face value, this is a movie about monsters going to a school so they can learn to scare children. A bit of an odd concept for a children’s film, but somehow, I think Pixar can make it work.

Monsters Inc. debuted to $62 million back in November 2001. The box office has changed then, becoming ever more front-loaded. Plus, the summer season lends itself more to bigger openings than the holiday season. And 2013 has offered an incredibly low number of films for kids and families. Plus, you have people like me, adults in their 20s now, who saw the original film as children and who will gladly turn out for the sequel. Opening against World War Z is great counter-programming and there should be no competition for kids and families, so a pretty big gross should be in store. My Predictions: Every so often, I see a trailer for a movie, and I think to myself, “wow, I hope this movie fails.” This is one of those films. I did not laugh once throughout the entire trailer. The Heat, to me, just looks like a boring affair devoid of laughs. Now, maybe I’m jumping to conclusions, but seriously, the trailer was awful. However, Melissa McCarthy has actually become a bit of a box office draw, and Bullock can bring people in if it’s the right project. As one of those rare comedies that appeals mostly to females (though they seem to be getting more common lately), this should at least be a medium-sized hit.

My Thoughts: If you were watching Olympus Has Fallen (and a pretty good number of people did; it’s made almost $100 million) and thought to yourself, “man, this movie is ridiculous….but I wish it was more ridiculous!” then Roland Emmerich has a film for you. Channing Tatum lately been unable to do wrong (disregarding Side Effects; he was hardly a main character anyway), but I mean, we just saw a film with this exact concept a few months ago. Will the starpower of Tatum overcome the repetitiveness? Somehow, I think it will.

June doesn’t figure to be quite as exciting at May was, but especially with Man of Steel opening, there is still plenty of intrigue. And Monsters University is as sure as a lock for $250 million as its gets. And if any movie can be a sleeper success, I really hope it’s This is the End and not The Heat. Welp, I think that about wraps up my May preview. I’ll be back on Sunday with my usual box office wrap up.