Posted on May 1, 2013 by TheLegendOfRemy

April was a bit weak as far as the box office goes, but May figures to pick things up in a big way, with a diverse slate of films targeting many different audiences. We also have plenty of potential for some record-breaking performances. I’m very much looking forward to getting the summer movie season underway, as I think it’s going to be a good one, even if nothing is going to approach the runaway success of last year’s The Avengers. Still, May 2013 alone should bring us plenty of blockbusters.

And my tradition of using foreign posters in my monthly previews continues.

My Thoughts: On this weekend one year earlier, The Avengers opened to an amount I thought was borderline impossible at the time, an absolutely mind-boggling $207 million. The film was well-received by both critics and audiences, providing lots of good will for Iron Man 3, which itself is garnering stellar reviews. And, plus, it’s already opened overseas to some pretty gaudy numbers, further adding to the hype machine.

Iron Man 2 wasn’t nearly as well-liked as the first entry in the series, but that shouldn’t really factor in here too much. Iron Man 3 almost feels more like a direct sequel to The Avengers than Iron Man 2 and I’m sure there will be a few cameos here and there. The $128 million opening by Iron Man 2 is the mark to beat here and I don’t think there will be much of a problem beating that. Iron Man 3 is going to be huge, buoyed by 3-D and great reviews. It just won’t be The Avengers huge.

Instead of a poster for this film, enjoy another Iron Man 3 one!

My Predictions: Tyler Perry knows exactly what he’s doing and everybody seems to know exactly what to expect from Tyler Perry films. From a box office analysis standpoint, that makes my work easy for me, as the same sized audience shows up for every Perry film and they all open in generally the same range. I have no idea what this particular film is about and I don’t really care to find out. It should open in Perry’s usual ballpark.

My Prediction: The Great Gatsby has the chance to spark something truly incredible, and I ardently hope it succeeds. There is the chance here to kick off a trend of taking all these old, stuffy, boring works of literature and updating them with big budgets, likeable and good actors, and making them, you know, interesting. The trailers and TV spots for The Great Gatsby have so far been fantastic, but for a movie like this that will likely skew toward older audiences, good reviews will be important.

Leonardo DiCaprio looks great in the title role, and I must admit that Tobey Maguire is probably a perfect Nick Carraway. Add in Carey Mulligan and the underrated Joel Edgerton, plus many others, and you’ve got a great cast in play. The decision to film and release the movie in 3-D is a bit puzzling but, who knows, maybe it’ll work. There really aren’t comparisons to work with here, so as far as my predictions go, I’m shooting in the dark.

My Thoughts: Four years ago, the Star Trek reboot by J.J. Abrams proved to be a runaway, and somewhat surprising success. The film was well-directed, well-acted, entertaining and a fresh start for the franchise. Four years of anticipation and good will should go a long way toward helping this entry open bigger than its predecessor. Plus, Benedict Cumberbatch! Enough said.

Star Trek opened to a strong $75 million and I don’t think Into Darkness should have too much trouble eclipsing that. As I’ve said, the first film is quite well-liked, outside of some diehard old school Trekkers, plus it’s got four years of ticket price inflation and 3-D. Iron Man 3 should take some business away, but it will be in its third weekend already. In short, I think Into Darkness should be pretty big, but not quite huge. 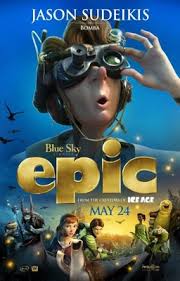 My Predictions: This Memorial Day weekend easily has the potential to end up as the highest grossing in history. And I don’t just mean the biggest grossing Memorial Day weekend ever. I mean the biggest weekend. Ever. Period. A big part of that potential, though, will ride on the success of Epic. The goal here is likely roughly somewhere around Fox’s other non-Ice Age animated films. However, in a crowded weekend, that might be hard to achieve.

Still, we have to consider that this will be the first animated offering aimed at kids since….wow, The Croods. And just look at the success of that film, largely because of a complete lack of competition. Kids and families will be starved for entertainment. And the other two films opening this weekend are aimed at older audiences. So, whether or not Epic is good doesn’t really matter. It should have a strong opening regardless.

My Thoughts: By and large, The Hangover was universally loved. It opened to a strong $45 million, which in itself was more than expected. Then it turned out to have amazingly good legs, playing well all throughout the summer of 2009, eventually winding up with a stunning $277 million, which makes it the third highest grossing R-rated movie ever. With that kind of success, a sequel was pretty much a no-brainer.

However, The Hangover Part II was more or less the exact same movie as the first. Austin Powers did that, but at least that movie had the self-awareness to poke fun at its own repetitiveness. After opening to a mammoth $86 million, the sequel couldn’t even come close to the original’s gross, pulling in a still impressive $254 million. History shows us (Back to the Future, The Matrix, etc.) that when a well-liked entry is followed up with a largely disliked sequel, the third film suffers immensely. And considering the previews for The Hangover Part III aren’t even particularly funny, I expect that to be the case here.

My Thoughts: Fast Five was actually the first entry in this franchise I ever saw. I’ve since watched every part aside from Tokyo Drift, in which I have no interest. But, as a box office analyst, I do love this film series. Why? Because they are complete and total box office anomalies. What this franchise has done, even from the very first film, defies virtually everything we’ve come to expect about how franchises are supposed to behave.

The original (back when the franchise still used grammatical articles) opened to a stunning and unexpected $40 million. Then the opening weekend grew to $50 million with the sequel, which is pretty much par the course. Following that, the series effectively died with Tokyo Drift, which managed a meager $23 million opening. In a stroke of genius/luck/desperation/whatever, pretty much all the main cast members came back for Fast and Furious, which returned the series to its former expectation-crushing glory with a $70 million opening. Then, Fast Five did even better with an $86 million opening. It is exceedingly rare for any franchise’s fifth film to be its biggest, let alone one that was left for dead after the third entry.

I want you to do yourself a favor. Go watch the trailer for this film. It is absurd, ridiculous, cliched and pushes suspension of disbelief beyond its limits. But it is awesome. Why would Vin Diesel even be in that plane at the end in the first place? Who cares?! It just looks so damn cool. And I think most non-snobs will agree. Whether or not the franchise continues after this entry, I think Fast and Furious 6 will be the biggest one.

Now You See Me 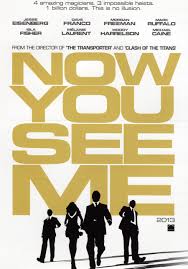 My Predictions: In this dark tale of magic gone awry and the dangers of rivalries, Michael Caine features as a mentor of Christian Bale and Hugh Jackman, competing magicians who part ways after a horrible incident…. wait? What? This is a different movie? Oh. Fancy that. Anyway, Now You See actually is pretty different from The Prestige, apart from the presence of Michael Caine. There’s also a strong cast around him, but movies based on magicians never do well, even critically acclaimed one. The recent The Incredible Burt Wonderstone flopped. Badly. Now You See Me should do better, but it probably won’t be a hit.

My Predictions: I think After Earth shouldn’t have even bothered with releasing a second trailer. The first one was much better, but I’m still interested regardless. It’s been a while since Will Smith has had a major role in a non-sequel, but it does seem like his son is more the main protagonist here. I do like the concept, but the idea of M. Night Shyamalan handling a big budget action movie after the disaster that was The Last Airbender is terrifying.

Still, I do enjoy Will Smith’s character’s speech that has a truncated version in the above poster. And, well,  there’s the fact that Will Smith is a massive star. Or was, at least. It remains to be seen if he can still carry a project on his name alone. He does have his son along for the ride as well, who had a breakout success with the remake of The Karate Kid. However, opening after Memorial Day (the poster is wrong; After Earth was moved up a week) is baffling since it will have much more competition this weekend than when it was originally scheduled. Go figure.

After an April in which I saw just two films (which is rather low by my standards), I imagine I’ll see anywhere from three to six this May. Regardless of how many I see, May should represent a big leap forward in both quality and box office success. Just two more days until Iron Man 3. I’ll be back on Sunday to cover its sure to be mammoth opening.

1 Response to May Movie Preview