Posted on April 4, 2013 by TheLegendOfRemy

The doldrums of winter are at last behind us. March picked up the box office quite a bit, but even still nothing came close to replicating the stunning box office run of 2012’s The Hunger Games. April figures to be a somewhat strong month, but only one or two films look to have breakout potential and it’s unlikely anything will come close to March’s Oz. It’s almost as if April is just a preparation for an absolutely stacked May. But we’ll get to that in a month’s time. For now, let’s look at the movies that will rain down with those April Showers. 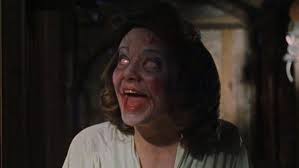 My Thoughs: The original 1981 Evil Dead is a cult classic, and for good reason. It’s simultaneously creepy and funny, as the low budget hardly afforded the ability to make the actors look demonic, as you can see in the picture above. It’s almost as if Evil Dead was both a parody of horror films and a straight horror film at the same time. It didn’t really take itself seriously. That doesn’t appear to be the case with the remake, which I fear is going to lack the, as Rotten Tomatoes put it, “absurd humor” that made the original so special.

The entire franchise has consisted of cult hits. The original only made $2.4 million and Evil Dead made $5.9 million. The most successful and final film in the trilogy, Army of Darkness, made $11.5 million. I realize all these movies are pretty old and inflation goes a long way, but those were not good numbers even in their original years. The franchise has gotten known a lot better in the past 20 years, and horror fans are probably starved for something to occupy them. Even still, most predictions I’ve seen are pegging this one for an opening in the high teens to mid 20s. I just cannot see that happening. Cracking the $20 million barrier is difficult for any horror movie, let alone a remake of a cult classic. 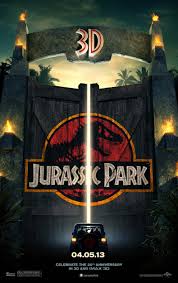 My Thoughts: Well, the month of April gets started off with two retreads of older movies, but unusually, both are generating buzz and I’m pretty excited for both. Jurassic Park is an all-time classic that was a run away box office juggernaut in its heyday. Its opening weekend of $47 million set a record back in 1993. Now we’ve had a whole 16 movies open higher than that….in a single day. But, still, Jurassic Park had phenomenal legs, which is not surprising considering just how jaw-dropping and revolutionary it was.

But the best comparison is not the original, or any of the others in the franchise, but some of the other 3-D rereleases, namely The Phantom Menace, which opened to $22 million about 14 months ago. However, that was an extremely crowded frame and Jurassic Park has aged better than Episode I. Plus, this is a great way to celebrate the 20th anniversary. I think the dinos should beat the Jedi. 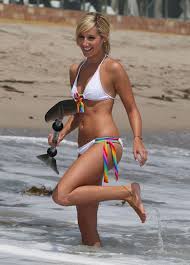 My Thoughts: I might’ve liked this movie better when it was called A Haunted House, and even then, I doubt I would’ve liked it. I think movies of this ilk have probably overstayed their welcome, but if there’s one thing going for Scary Movie 5, it’s that it has a franchise brand name, and that can go a surprisingly long way. Still, adding a bunch of a B-list actors (sorry Ashley Tisdale) and old standbys like Charlie Sheen won’t make much difference, as this will be by far the lowest grossing entry in the series.

My Thoughts: Let me first say that I’m not a big fan of baseball as a sport, but I’ll stop myself from going on a rant about because it’s not the place for it first of all and secondly, I oddly often like baseball movies. The Sandlot is a classic and Moneyball was just a great movie. 42 has the potential to be great, though the April release date worries me a bit, as it’s not usually a time for truly high quality films. Nonetheless, this is a very important story of an extremely momentous sports figure.

Black audiences should definitely come out for this, and the use of a Jay-Z song in the trailer helps the movie and concept seem more modern. Even still, no baseball movie has ever opened over $20 million (Moneyball was close at $19 million), but baseball season has just started so it will be fresh on the public mind. However, a movie like 42 is the kind of film that can be strongly impacted one way or the other by the reviews. It’s hard to say, but I’ll swing for the fences and say 42 hits a home run as the highest opening baseball movie ever.

I think I’ll make it a tradition to put at least one foreign language poster in each of my previews.

My Thoughts: This is the lone wide release this weekend, a sci-fi action film that sees Tom Cruise in the kind of role people love to see him in. Add in a bunch of very nice looking set pieces and special effects, as well as Morgan Freeman, and there are the potential ingredients for a decent-sized hit. The lack of competition is the thing that works most in the favor of Oblivion, and it will have a solid two weekends before Iron Man 3 comes along.

Not counting his cameo in Tropic Thunder, Tom Cruise hasn’t had a non-Mission Impossible movie gross over $100 million since War of the Worlds in 2005. There’s a good chance Oblivion can end that dry streak. There’s no reason to believe this will set any records, but it should do well in a mostly empty month, as it is probably the choice for moviegoers in April.

This came up when I searched for “Big Wedding Poster,” so I’m gonna run with it.

My Thoughts: With a few exceptions here and there, romantic comedies and/or wedding films are usually pretty terrible, designed exclusively to appeal to women who studios hope will drag along their boyfriends/husbands. The trailer for The Big Wedding is an absolutely cliche-storm filled mostly actors and actresses who never did or no longer have the clout to open movies on their own. Despite all this, The Big Wedding is the first movie to target women in a good long while, so a decent gross could be in store.

My Thoughts: I’m….not sure what to think about this one. The first trailer I saw for it made it seem like it was taking itself way too seriously, but the more recent trailers and TV spots have made it abundantly clear that Pain and Gain is not taking itself too seriously and is actually a parody on the action/heist genre. In light of that, I’m on board. Dwayne Johnson is on a roll and Marky Mark always brings the goods as well. I don’t expect big numbers here, but it should do all right.

That wraps up March. In contrast to a packed March, when 14 wide releases came out, April is only going to see half of that. Admittedly, April did have one more weekend. Nonetheless, April appears to just be a breathing period until May. If any of these April movies has breakout potential, I think it’s 42. It’s possible that Oblivion exceeds expectations too. But we’ll just have to wait and see. Until we meet again.