Posted on February 27, 2013 by TheLegendOfRemy

For movie previews that I’ve done in the past, I mostly did seasonal ones, but I realized recently it would be easier for me to do and easier for readers to digest if I did monthly previews instead. So with that said, let’s get rolling. After January and February were predictably lackluster, things should pick up in a big way once March begins. However, it’s extremely unlikely this March stands up to 2012, which was led by The Lorax and, in particular, the massive success of The Hunger Games. Nonetheless, the third month of the year brings a lot of potential.

My Thoughts: This is one of those movies I’d have never of if I didn’t pay attention to the box office. Remarkably, this one is somehow debuting in more than 2000 theatres, and hey, David Duchovny (The X-Files) is still kicking, so that’s cool. But anyway, I guess this is about a submarine…or something? I’m thinking this has the potential to be one of the all time biggest bombs.

My Thoughts: This is one of the most inexplicable sequels to which I’ve ever borne witness. Nonetheless, horror movies, and exorcism movies in particular, are cheap to make and horror fans are generally pretty reliable. Exorcism movies usually pull in a few million more than other horror movies. I’m not sure why exactly. Anyway, the first Last Exorcism (as little sense as that phrase makes) pulled in $20 million in its opening weekend. I doubt the sequel will reach those numbers, but it should do fairly well anyway.

My Thoughts/Predictions: Gotta love movies that unabashedly celebrate drunkenness and partying. This one looks about as bad as Project X, but there does seem to be a market for these movies. Maybe there are really people out there who think this kind of thing is to be celebrated. In any case, I imagine 21 and Over falling a bit short of Project X, but still doing all right. 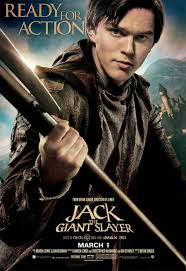 My Thoughts: I like Nicholas Hoult. I really do. I enjoyed him in X-Men: First Class, and I would’ve loved to have seen Warm Bodies, but my friends thought that looked stupid and I’m not too keen on seeing movies by myself. So now Hoult finds himself as the titular “Jack” in an interesting take on a classic tale. But in a world that’s already seen the likes of Abraham Lincoln: Vampire Hunter and Hansel and Gretel: Witch Hunters, nothing much surprises me anymore.

The advertising push on this one has been pretty strong, and the special effects look decent enough to draw some people in. However, this is a bit of a crowded weekend, as all three major films are going to be aiming for teens and young adults, and there’s only so much time and money to go around, especially in early March. Still, I think Jack should easily win the weekend.

My Thoughts: This is one of those films that seems to have a pretty good pedigree, but the trailer just makes me go “eh.” Nothing stands out here and I’m still leery of anything featuring Noomi Rapace after the godawful mess that was Prometheus. I’m more than willing to give her another shot, as I suppose it’s not really her fault that Prometheus was so terrible. Anyway…. I don’t think anyone’s really too excited for this film, except maybe Colin Farrell fangirls, so I’m not expecting much.

Oz The Great and Powerful

A Japanese Poster? Why the hell not?

My Thoughts: Oz has the best shot at being the first bonafide hit of 2013, though Identity Thief might have already claimed that title. Anyway, Oz is clearly trying to piggyback off Alice in Wonderland, about which I will try to bite my tongue before I go on a hate-fueled rant. Alice debuted to an insane $116 million three years ago. It is the only film in the entire top 50 highest grossing films (domestically) that I have never seen, and I have no intention of ever seeing it. Because it looks terrible and creepy and horrible–and wait, didn’t I say something about not going on a rant?

Okay. I like James Franco. And I love Michelle Williams. I also like Rachel Weisz. And Mila Kunis is nice to look at. So there’s a good cast in play here. It doesn’t look quite as ridiculous as Alice in Wonderland, so it’s got that going for it. But, I mean, the original Wizard of Oz is an all-time classic. And this updated take on this just looks kind of absurd. Nonetheless, I still believe this one will be pretty big and much of the Alice in Wonderland crowd will likely show up. 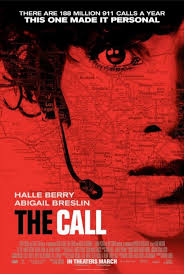 My Thoughts: Ever since Monster’s Ball, Halle Berry has gone a mission to make people ask with ever increasing vigor, “how the hell did she ever win an Oscar?” With a few exceptions here and there, she’s mostly starred in films that have been critical and/or commercial flops, yet trailers and TV spots still loudly proclaim that she’s an Academy Award winner, as if that’s supposed to mean something. Do fans of horror/thriller movies really care if someone has an Oscar? I don’t understand what difference that makes.

Rant aside, this movie looks horrible. I expect this kind of crap from Halle Berry anymore, but I expect better from Abigail Breslin (Little Miss Sunshine, Zombieland). But it seems like every young actress has to get in her requisite horror movie, so it’s good she’s getting hers out of the way early. Hell, even Jennifer Lawrence had The House at the End of the Street sandwiched between The Hunger Games and Silver Linings Playbook. So, in short, The Call should do pretty standard numbers for its genre this time of year. 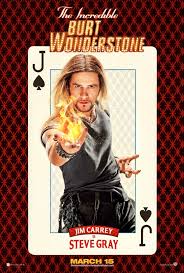 My Thoughts: If nothing else, I must say that I like the posters for this film. And, look at that, Olivia Wilde’s back! After starring in basically everything circa 2010-2011, it seemed like she took a little break. Anyway, I do think the trailers for this flick do have a few funny moments and Jim Carrey seems to pull off the Criss Angel parody pretty well. I do enjoy magic as a film theme, but this movie is obviously a far different beast than, say, The Prestige. But the combination of Carrey and Carrell should work out pretty well and push the gross higher than either of them would separately bring in. 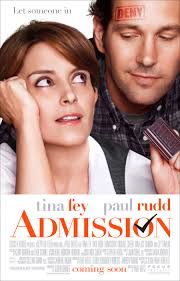 My Thoughts: I like both Tina Fey and Paul Rudd, but this picture from Fox Focus definitely has that “indie” feel to it. That’s not necessarily a bad thing, particularly as far as quality goes, but it probably does limit its commercial success. Still, the concept is somewhat interesting, but I don’t see that translating into much money.

Just try to ignore the fact that this poster has the wrong release date.

My Thoughts: Yes, Gerard Butler! This is what people want to see you in. Not romantic comedies. Not surfing movies. America wants to see you kick some ass in an action movie. Plus, Morgan Freeman? You can’t go wrong here. Well… you totally can, but that’s beside the point. OHF has the potential to be even more bombastically jingoistic than Red Dawn, which is saying something. But as long as the reviews aren’t too terrible, I’m willing to give this one a shot. And I think a decent number of other people will as well. 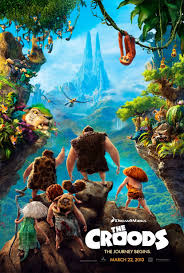 My Thoughts: Going into animation might end up being just the thing Nicholas Cage needs to revitalize his career. Then again, maybe too much damage is already done. Time will tell. But, anyway, kids eat up movies like this and it will also be the first movie aimed squarely at the younger demographics in over a month. So the potential is there for this to break out. I definitely don’t expect Lorax level numbers, but it will still end up as one of the biggest March movies.

Hey, remember when Tyler Perry was randomly in Star Trek?

My Thoughts: Tyler Perry movies all generally fall within the same range, with a few outliers here and there. Generally, his comedies featuring Madea are by far his most successful. This one, as I found from watching the trailer three minutes ago (I’d never even heard of this movie ten minutes ago), features neither comedy (intentional, anyway) nor Madea, so the potential is severely limited here. Good Deeds, a drama without Madea opened to $15 million, noticeably below his usual range. And I think Temptation will do even worse.

My Thoughts: It was really only a matter of time before Stephanie Meyer’s other book, The Host, was made into a movie. But this is a remarkably short turnaround; the last Twilight flick came out barely four months before this one. It does seem like they’re really trying to push the romance/love triangle angle in this one, though that’s hardly surprising. Saoirse Ronan is a capable lead and almost certain to be better than Kristen Stewart.

The Host obviously isn’t going to reach Twilight heights, but, honestly, everyone involved was smart to put this out as soon as possible, while Meyer is still relevant and people haven’t forgotten about Twilight yet. The Meyer name alone will propel this well above the likes of, say, Beautiful Creatures and the teen girl crowd will be overdue for a movie that appeals directly to them.

My Thoughts: I don’t think the delay from last June to this March is going to hurt matters too much. In fact, it might only help since there’s less competition now. Plus, opening against The Host isn’t really a big deal, since it appeals to a completely different audience. The girls will go see that and all the guys will head to G.I. Joe. Dwayne Johnson does well in franchises, and even helped Fast Five propel itself to some massive numbers. The trailer is slick and I’m looking forward to this one. I’d like to think it will manage to get March’s biggest opening weekend, but that honor will likely belong to Oz.

So there you have it. That wraps up March. I’ll be back on Sunday to cover how March’s first weekend went and see if my predictions were anywhere close to being accurate. Until we meet again.