Weekend Wrap Up: “Die Hard” Lives it Up

Posted on February 17, 2013 by TheLegendOfRemy

The calendar arranged itself in such a way this year that basically what we got was a five-day weekend. With President’s Day falling on Monday and Valentine’s Day on Thursday, the ingredients were ripe for a pretty big weekend. In the end, this weekend was only good, not great as none of the new films were really able to break out.

A Good Day to Die Hard 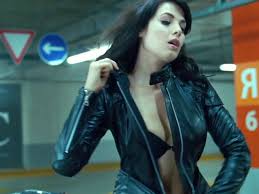 This was the best part of the movie.

The latest entry in the storied Die Hard franchise disappointed with a $25 million debut. That’s a full $8 million behind Live Free or Die Hard. There may be some franchise fatigue going on here, or maybe it’s just that the film was terrible. The reviews were rightly savage (just 16% at Rotten Tomatoes) and I can’t imagine the word of mouth is going to be anything but bad going forward. Including Valentine’s Day, AGDTDH has pulled in $33.2 million. I can’t see it even reaching $100 million. At least Bruce Willis did much better than his Expendables costars in the past month (Bullet to the Head, Parker, and The Last Stand all flopped horribly).

Despite horrible reviews, Identify Thief somehow only dropped 32%. It pulled in $23.4 million this weekend, lifting its total to $70.7 million and catapulting it past Mama to become 2013’s highest grossing film. Given this result, I now think Identity Thief has a pretty good shot at $100 million, something I never would’ve expected before its debut, when I was thinking it might top $60 million.

Safe Haven, the requisite romantic drama for Valentine’s Weekend, debuted to a solid $21.4 million. That’s roughly identical to the debut of The Lucky One, but well below the Valentine’s Weekend gold standard The Vow, which premiered to a mammoth $41 million. Still, the budget on this was only $28 million so it will be just fine.

Well, didn’t see this coming. Escape from Planet Earth, one of those movies I’d have never heard of if I didn’t analyze the box office, somehow debuted to $16 million. I, uh…can’t really explain this one. Anyway, Warm Bodies dropped just 21% to $9 million. $50.2 million for the zomromcom.

You know it’s a bad weekend when Beautiful Creatures is (by far) the highest rated opener, and even still it comes in at only 45%. Anyway, the Twilight coattailer (I’m coining that word right now) opened to just $7.5 million. Needless to say, I don’t think we’re getting a franchise out of this series.

Side Effects was down 32% and pulled in $6.3 million. $19.1 million in total seems passable. Silver Linings Playbook continues doing well, sliding just 5% to $6.1 million. $98.5 million in the bank for the late bloomer, with plenty more to come, especially if it brings in some Oscar hardware.

Hansel and Gretel: Witch Hunters fell 40% to $3.5 million. Just shy of $50 million isn’t bad at all for one of the most ridiculous premises ever. Finally, rounding out the top ten is the sadly underperforming Zero Dark Thirty. Down 23%, the war drama grossed $3.1 million. With a total of $88 million, it might still inch its way over $100 million. Jessica Chastain winning a much deserved Best Actress would help.

Overall, the box office was pretty healthy this weekend, even if there wasn’t a true breakout. Next weekend brings us two movies which are almost guaranteed to not impress, so it might be another weekend on top for Die Hard.

Dark Skies: If a horror movie trailer makes you laugh at its sheer ridiculousness, then things don’t like good. Dark Skies looks atrocious, and not even in a “so bad it’s good” kind of way. $8 million seems like a generous prediction.

Snitch: I love the Rock in ensemble pictures, but he still can’t really care a movie on his own. This might do better than other recent solo efforts from action stars, so…. $10 million sounds good. See ya next weekend, guys.